Lewiston is a city located in Nez Perce County, Idaho in the state’s north central region. It is the second-largest city in the northern Idaho region, behind Coeur d’Alene, and ninth-largest in the state. Lewiston is the principal city of the Lewiston, ID-WA Metropolitan Statistical Area (often referred to as the Lewis-Clark Valley or LC Valley), which includes all of Nez Perce County and Asotin County, Washington.

Lewiston is located at the confluence of the Snake and Clearwater rivers. Immediately west of Lewiston is the smaller twin city of Clarkston, Washington. The north-flowing Snake River departs Hells Canyon and forms the state boundary with Washington, while the west-flowing Clearwater River defines the northern border of the city. At their confluence at the northwest corner of the City's downtown and West End Historic District, the lower Snake River turns west into Washington, and after passing four dams, empties into the Columbia River at Burbank.

Because of these dams (and their locks), Lewiston is navigable by some ocean-going vessels and is the home of Idaho’s only seaport, the Port of Lewiston. The Port of Lewiston is the most inland seaport on the West Coast, located 465 river miles from the ocean, and serves as a hub for intermodal transportation, with immediate access to river, road, rail and a nearby airport. 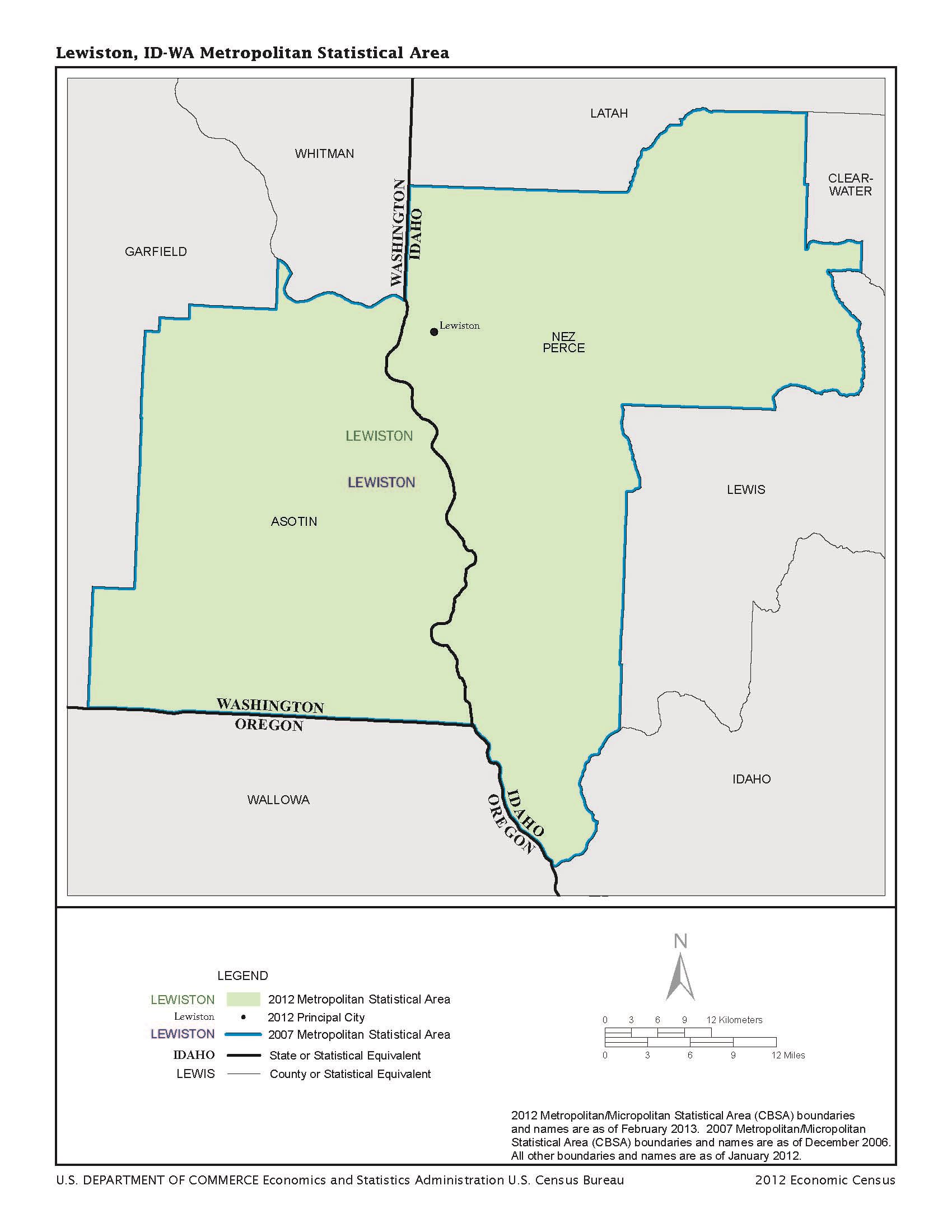 The region is noted for its forests, agricultural production, scenic beauty and is bordered by national forests, wilderness areas, pristine lakes, white water rivers and rugged canyons. Year-round recreational opportunities provide a wide range of culture, with ethnic and educational advantages, as well as business opportunities.

Lewiston’s main industries are agriculture, paper and timber products, and light manufacturing. As the metropolitan hub of the Lewis-Clark Valley, Lewiston is the primary regional transportation, retail, health care, wholesale and professional services, and entertainment center. It is a center for education and workforce training, and small business development with related, dedicated and coordinated programs at the Lewiston High School and Lewis - Clark State College.  Lewiston also, as another benefit of the navigable river system, profits from a significant tourism industry from cruise boat passengers.

Pay OnlineMake utility payments from the comfort of your own home. View Details
CareersBring your experience and skills to a thriving team.View Details
Agendas & MinutesView past and recent meeting information from local boards and commissions.View Details
Connect With The City & View Live Meetings
Send us your comments, questions, concerns and view the City's Livestream.View Details
City Magazine & Program GuideThis publication includes the city program guide and a variety of special interest articles. View Details
SubscribeSign up for the latest information and updates sent right to your inbox or phone.View Details
/QuickLinks.aspx
Government Websites by CivicPlus®
[]